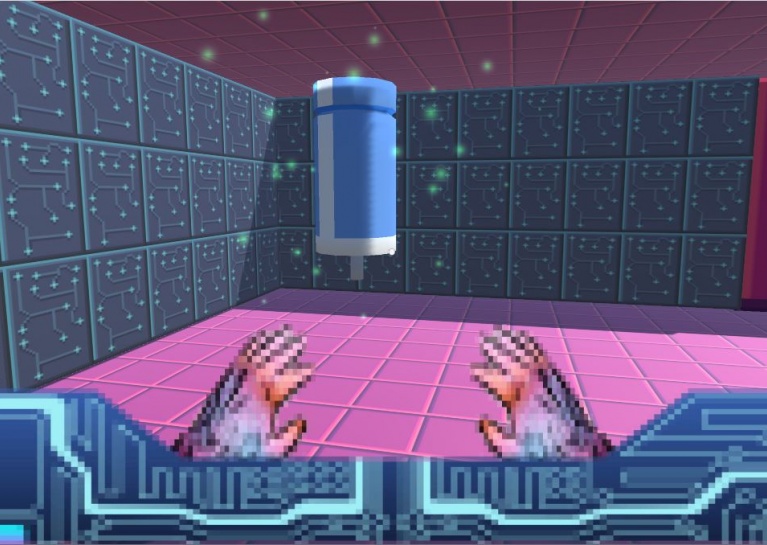 In February 2020, I took part in the Global Game Jam along with some friends. We signed up for an in-person jam event at Big Huge Games, just outside Baltimore. It was a ton of fun, and a really cool experience being able to trot around a medium size game studio. The staff helping to put on the jam were very friendly and accommodating, providing drinks, snacks, and meals throughout the weekend.

I’ve done a few game jams, and most of them have been 72-hour jams. This jam was also a 72-hour jam, however, even though the actual duration of the jam was 72-hours, we could only stay in the BHG studio a limited duration of the day, something like 9am - 9pm. In that regard, this definitely felt like it was the most time-limited jam I’ve ever done. While we certainly could have (and certainly did - see the audio section below) continued working on our game at my place after the studio closed, I found that the forced breaks actually left us well-rested and ready to pounce onto the project as soon as we could get in the next day.

Our team consisted of :

I had been wanting to do something with Unity in 3D for a while, as many of the past jams that I had done were focused on 2D Unity projects (Yanni, Rapid Delivery). We drew visual inspiration from the 2D-sprite-in-a-3D-world FPS games of the 90s like Doom and the clones that followed, and puzzle ideas from Portal.

Jack and I worked on the systems within the game, including the power system, which was originally intended to have multiple different types of nodes that could be placed into a socket. Of course, time limitations brought us down to just a single type of ‘battery’ that would open a door.

The sound effects and soundtrack were also worked on by Jack and I, once we got kicked out of the studio in the evenings, we headed back to my place to spend a few hours exclusively on audio. The SFX were a mashup of multiple different sound effect libraries I had, while the background music was created 100% in MIDI with a hardware Rolland SC-55 mkII unit that I own. We used REAPER for both the SFX layering and MIDI sequencing.

You can get more info about the game on the Global Game Jam Page or play it on itch.io.